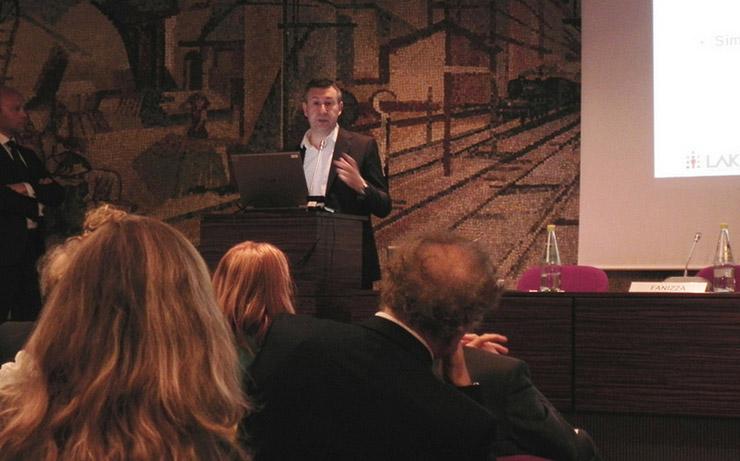 LAK, MEDIASTUDIO and the "Smart Kitchen" made in FVG

The kitchen of the future is smart and "smart", designed with an eye for the elderly and fragile people who will be supported by a very high level of home automation technology in the kitchen. The kitchen "for all" has evolved and able to inform the owners directly about the state of food in the pantry, smell of fried in the air or a possible unexpected gas leak.
It is called LAK (Living for All Kitchen) the smart kitchen born from an industrial research project co-funded by the Friuli Venezia Giulia Region to which Snaidero Rino Spa (leader), Mediastudio srl, Sipro srl, Teletronica srl, Rino Snaidero Scientific Foundation, Friuli Innovazione, AREA Science Park and the University of Udine.

LAK was founded with the aim of creating a more livable and comfortable home environment, in which even elderly people and fragile people can move more easily and safely. The results of the project, which lasted three years, were presented on Tuesday, July 9th in Udine in the Valdua hall of the Chamber of Commerce, on the occasion of the conference "Enabling technologies for home environments: scenarios and new opportunities".

The design and development of LAK were made with particular attention to socialization and consumption reduction, thanks to sensors, automation and software that with new "Apps" allow you to manage everything from a smartphone or a tablet. "Flexibility and customization of the home automation functions to best meet people's needs and expectations are the key words of the LAK project" - explains Felice Pietro Fanizza,
Director of the Snaidero Foundation and scientific manager of the project.
The word then passed to Edi Snaidero (president SNAIDERO SpA leader of the LAK project) who then saw the support of Ketty Segatti (Director of Education, University and Research FVG Region), as today the Friuli Venezia Giulia region is actively engaged in supporting innovation and research.

It is precisely in this context that the intervention of Milvio Zaccariotto (AD Mediastudio) was introduced, which illustrated the strategic role of Mediastudio within the LAK project with the development of the "3D Simulator and LAK Interface".
"The experience of Mediastudio has allowed the creation of an advanced 3D simulation software - explains Zaccariotto - a fundamental element for the implementation of various highly customizable domotic functions, and able to better respond to people's expectations".
Another important result of the development Mediastudio is the intuitive graphical interface of LAK, optimized for use on desktop touch screen devices and devices "mobile" on tablets, which allows a more convenient use of the kitchen and allows the automatic activation of different services and scenarios, internal and external.
The entire platform on which the graphical interface is developed, is ready to interact with several devices simultaneously, providing a primary location and other satellite stations.

Speakers at the LAK conference were "two future experts", the sociologist Francesco Morace, president of Future Concept Lab and Nicola Palmarini, director of the Human Centric Solutions Center of IBM Europe. Both have praised the LAK project, underlining the new paradigms of our society where technology and sharing are central aspects on which the new concept of welfare must also be based.
"We have tried empirically - said Palmarini - that the smart sensors activated in the homes of older people would lead to a saving of 31% on care and social-welfare expenses".
The day ended with a round table dedicated to innovation and criticality in the domotics sector, which saw the participation of representatives of the National Cluster "Technologies for living environments".