home > news > The kitchen will talk with you... 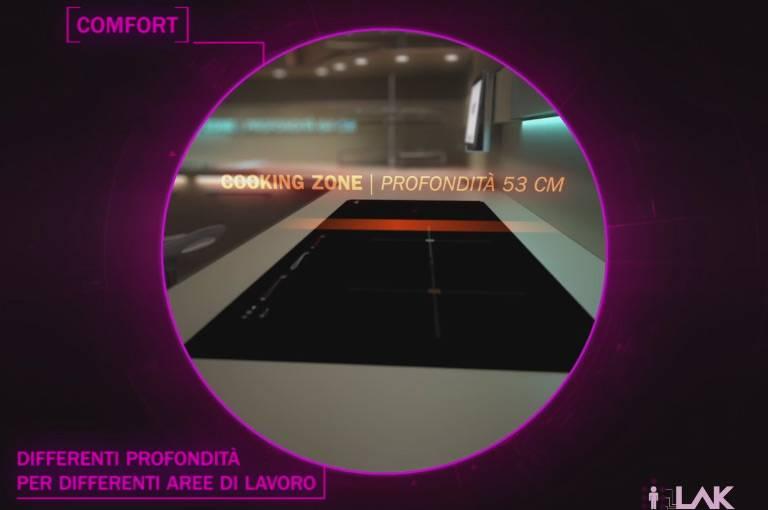 The kitchen will talk with you

From next year a Snaidero Group's smart kitchen will be in production, able to "communicate" with a user to give information: from the ingredients in the pantry, to the presence of smells, smoke and gas, to energy consumption in real time. Without forgetting the warning signs.

If the water tap is broken, the kitchen warns and closes the dispensing system. If there is a smell of frying, the extractor hood and the ionisation system will start to purify the air. If someone leaves the stove on, the kitchen notices that nobody is there and turns it off. Sensors, automation and software with new apps (for tablets) represent the heart of this hi-tech home environment, still in the prototype phase (on show in the Snaidero showroom in Milan) during the Salone).

The intelligent kitchen is the result of the LAK (Living All Kitchen) project that has been co-funded by the Friuli Venezia Giulia region for three years, with European funds in which three companies, Sipro, Teletronica, Mediastduio, led by SNAIDERO, with the University of Udine, the Rino Snaidero Scientific Foundation, Friuli Innovation and Area Science Park.